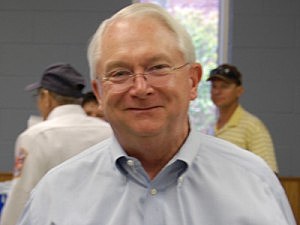 Neugebauer stated that he believes President Obama owes Congress and the American public an explanation on how the proposed $6 billion will be spent in the fight against ISIS.

"I think that is the big explanation the President owes Congress and really owes the American people," said Neugebauer. "He's all set to get us out of Iraq and keep his campaign promise.It turns out that may not be the best decision and now we are trying to regain a lot of lost territory. One of the things I find a little alarming is the bombing campaign, while mitigating some is not helping regain ground that was lost."

Neugebauer said he believes it would not have been a bad idea to leave a U.S. military presence in Iraq to help stabilize the region.

Neugebauer said he will be interested to see how things will change now that the Republicans have regained control of the Senate. He believes that Senate Majority Leader Harry Reid has blocked  a lot of legislation form reaching the President's desk but killing it on the floor of the Senate.

Neugebauer is also interested to see how much President Obama is willing to work with Congress which will see both Houses under Republican control after the first of next year.